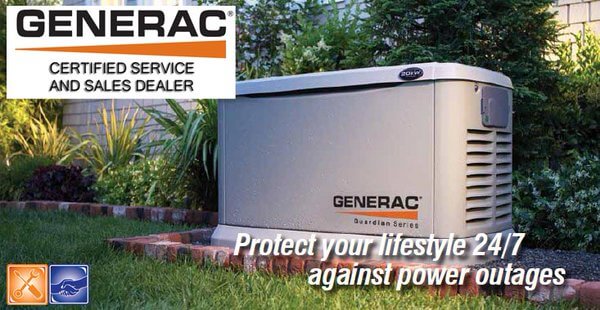 Generac Air-cooled Generators for Your Home.

On breaking the 20KW output barrier, Generac leaves behind air cooled engines and moves on to larger capacity multi cylinder automotive engines which are water cooled. There are advantages to making this leap in size and price.

First, a four stroke, four cylinder auto engine will run slower and not have to put as much effort into maintaining the power output with increased load.

Second, a slower running engine will be quieter as the engine is surrounded by a water jacket which helps muffle noise.

The Commercial Series generators are simply commercial grade generators. They are built to be able to handle commercial applications with high demand on the generator. Even with the commercial rating, if your power needs require it, you can still use them for residential purposes.  But, since you are dealing with a much larger generator, it will produce more noise than your average home unit.

The QuietSource Series is still considered a commercial line in Generac liquid cooled generators. But, it has the added advantage of its 1800RPM motor speed.  Unlike the commercial series these models don’t have to spin at 3600 RPM. Half the speed also means a reduction in noise as well as the required maintenance. If you are thinking about using a liquid cooled model and have noise requirements, then this would be the better option. Some of these units are rated very similarly to the air cooled units in decibels, even though they are much larger in size.

Today’s Generac air-cooled generators can provide enough power to keep a home lit and warm during a power outage.  It is no wonder that Generac generators are preferred by 7 out of every 10 homeowners who invest in home backup power.

Have you decided that a generator is right for you? Do you have a generator that needs to be serviced?  Give us a call; we can help you every step of the way.

Sam Power! Power When YOU Need It!

Through weathered times, we at Always Ready Generators have remained committed to our customers, employees, and communities. As we monitor the progress of the novel coronavirus (COVID-19), we are faced with the challenge of thwarting the spread of the illness. The health and safety of our customers, and team are our highest priority.

Our team has implemented the following procedures to help prevent the spread of the virus.

Please be assured of our absolute commitment to take action to the best of our ability to reduce risks and impact.